Stay up to date with Ecclestone Signature Homes! 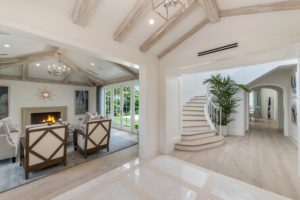 This brand new, 5,095-square-foot, island classical home on the North End of Palm Beach is listed at $6.695 million.

Newly completed, a two-story home at 225 Arabian Road — with window shutters, a so-called hanging balcony and exposed rafter “tails” — was designed in what its owner and developer describes as an “island classical” style.

“It’s within the feeling of the neighborhood — an elegant house but casual,” says owner and Four Points Construction builder E. Llwyd Ecclestone III, who developed the house on speculation.

He imagines that a couple with children and grandchildren would find it well suited to their lifestyle. With its split-bedroom floor plan “the adults could be in the master suite and VIP guest suite upstairs, while the children could have the two guest suites downstairs,” he says.

END_OF_DOCUMENT_TOKEN_TO_BE_REPLACED 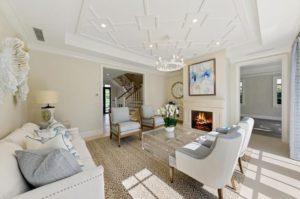 A never-lived-in house developed on speculation backs up to the north end of the Palm Beach Country Club, a position that gives it direct golf course views.

A new West Indies-style home at 232 Bahama Lane was an especially satisfying project for interior designer Lisa Erdmann, who bought the property with a partner in 2018.

Erdmann worked on the house with Four Points Construction, the company run by her brother, E. Llwyd Ecclestone III, along with Palm Beach architect Patrick Segraves and landscape designer Fernando Wong. Erdmann specified materials and furnished some of the rooms.

END_OF_DOCUMENT_TOKEN_TO_BE_REPLACED 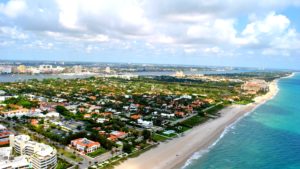 Palm Beach, FL—E. Llwyd Ecclestone III, a 35-year area developer and multiple NHBA “Builder of the Year” award-winner, has broken ground on two speculative custom homes to be offered for sale soon on Palm Beach Island and is seeking to buy older properties as sites for new custom home projects.

The president of Ecclestone Signature Homes says that Baby Boomers inheriting significant wealth and investing it smartly in hard assets are seeking a rarity–new construction in Palm Beach.

Bill Yahn, the Regional Senior Vice President for Cocoran, Florida says that Ecclestone’s homes often sell by word of mouth long before they are completed. “Those who keep an inside track on island happenings, say Yahn, “ know the reputation of this builder and many times purchase before the roof is raised.”

END_OF_DOCUMENT_TOKEN_TO_BE_REPLACED

We have received your request and a representative will contact you shortly.